In your life when a re-occurring problem or challenge keeps happening it is because of an unresolved past situation that keeps on trying to play out over and over again trying to achieve the result that it wants.  The problem with that is the past cannot be changed at a conscious level.

We are all governed by our belief and value system.  For all people there are moments in our life that happen that shape our belief system and values either for the good or the bad.  It was circumstances that made you believe what you do, and have given you the values that you have.  Upon inspection of yourself, you probably have good values.  Most of us do.  So why is it the we keep on stumbling over the same issue over and over again?

Lets dive deeper into the psychology of it with an example of a specific client of mine Susan.

Susan grew up in a home where her parents were both struggling financially.  For the larger part of her youth, her parents were on welfare.  They survived often with the local food bank system.  Her parents taught her that money doesn’t grow on trees, and that you had to fight for everything you have, because nothing comes easy.  Susan was miserable in her childhood raised on a poor belief system and a lack of money and proper housing.   Still Susan overcame her challenges, worked hard in school, earned a scholarship and became a dentist by the time she was 25.  She was the epitome of a success story coming from the projects of an inner city riddled with addiction, poverty and violence.

She married and had 3 wonderful children and by all accounts Susan was very happy in her life.  Except for one thing.  Susan was overweight by about 35 pounds, and she always carried a lack of self esteem over her weight.  You could not see it in her face or her actions, because she carried a good front.  However, inside she was battling with this problem for years.  She hated herself for not having the discipline to stop eating foods that she knew contributed to the problem.  She had all this discipline to achieve everything she ever desired from working hard, and achieving top percentile marks in her school, but battled with this one thing all her life.

Upon further inspection of her circumstances, it was determined that her poverty when she was young created a scarcity model of being hungry.  She was very insecure about food, because she didn’t know if she was going to have supper when she came home from school.  She developed a hoarding and feast and famine mentality when she was young, that when she had food in the cupboards, take it and hide it in her room.  Eat it while you had it.  She basically had a belief system of scarcity and that when the going is good enjoy. 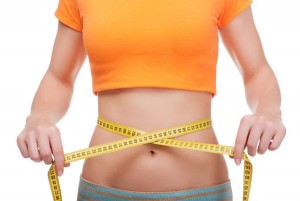 By tapping into these deepest unresolved issues through hypnosis, we were able to go back to those earlier memories and replace them with a more desirable outcome.  In some ways you could look at this as tricking the mind and eliminating memories and beliefs from her past and replacing them with different ones that supported a healthier diet and living.  Hypnosis is not immediate, but after 24 years of being overweight and coming to me for hypnosis, she was able to lose 45 pounds over the first 6 months of her hypnosis therapy.  She lost more than what she set out to do, but it turns out it was the perfect weight for her according to the BMI height and weight index.  She did not set out to this.  She merely went about her life as she always had.  The changed internal beliefs and memories of her childhood subconsciously took over for her.  It became harder to make poor diet choices each day she continued with listening to her custom hypnosis file.  Eventually, she eliminated chips, pop, and eating after 6:00 pm not from anything our hypnosis file did other than create the internal desire to find out what she needed to do to make it happen.

The mind will always align with its internal beliefs.  100% of the time.  Without fail.  Replace your internal beliefs with ones that serve you and live the life you deserve.

Thank you Sarah so much for your help!  I didn’t know what to expect when I first saw you, but I feel FABULOUS!  I highly recommend Sarah’s custom hypnosis.  It helped me solve something I was battling with for over 20 years.  – Susan M – Cleveland.